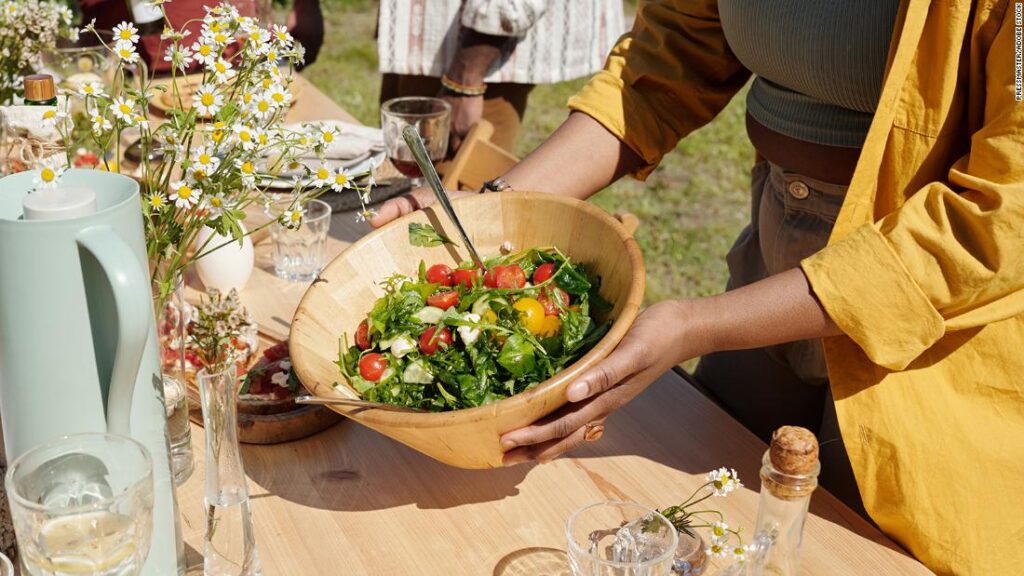 One study investigated how physical and mental activities such as household chores, exercise, and visiting with family and friends could potentially lower the risk of dementia. The other study looked at the impact of eating ultraprocessed food on the future risk of dementia.

Over 500,000 people participating in the UK Biobank, which houses in-depth genetic and health information, were asked about how often they climbed stairs, walked or biked, did chores for home or work, or participated in strenuous sports.

The same group of people was also asked about their educational level and whether they went to adult education classes, how often they visited with friends and family, and how often they participated in social clubs or religious groups. Then they were quizzed on the extent of their electronic use, such as playing computer games, watching TV and using a smartphone.

Participants were followed for about 11 years to see if they developed dementia.

People who were highly engaged in activity patterns such as frequent exercise had a 35% lower risk of developing dementia compared with people who were the least engaged in these activities, researchers found.

Regularly doing household chores lowered risk by 21% while daily visits with family and friends lowered the risk of dementia by 15%, compared with people who were less engaged. Visiting pubs appeared to raise risk, the study found.

“Social activity is a form of cognitive stimulation and helps build cognitive reserve, which in part may explain how it protects against dementia,” said Dr. Kellyann Niotis, a neurologist at the Alzheimer’s Prevention Clinic at Weill Cornell Medicine and NewYork-Presbyterian, who was not involved with the study.

People who engage in regular social activities also have more memory-protective proteins and are more likely to feel a sense of meaning in life — all of which are important to brain health. As a bonus, pursuing exercise with others may amplify the benefit of each, she said.

Everyone in the study benefited from the protective effect of physical and mental activities, whether or not they had a family history of dementia, researchers found.

A key limitation of the study was that people were asked to remember, not objectively track, their activities, and they were asked only once at the beginning of the study about their behaviors.

“More research is needed to confirm our findings. However, our results are encouraging that making these simple lifestyle changes may be beneficial,” said study author Dr. Huan Song, a research professor at Sichuan University in Chengdu, China, in a statement.

Replacing ultraprocessed foods such as cookies, ice cream and chips with unprocessed, whole foods can help fight dementia, a new study of data from the UK Biobank has found.

“The results show that not only are ultraprocessed foods harmful to brain health, but removing them from your diet may improve cognitive outcomes and reduce dementia risk,” said Niotis, who was not involved with the study.

Ultraprocessed foods are typically high in added fats, salt and sugar, while simultaneously low in protein and fiber.

“(Researchers) demonstrated that replacing 20% of ultra-processed food weight in the diet with an equivalent proportion of unprocessed/minimally processed food was associated with a 34% lower risk of dementia and 39% lower risk of vascular dementia (but not Alzheimer’s disease),” wrote Maura Walker, a research assistant professor at Boston University and Nicole Spartano, an assistant professor of medicine at Boston University School of Medicine in an accompanying editorial. They were not involved in the study.

Minimally processed and unprocessed foods are defined as whole foods in which the vitamins and nutrients are still intact. Raw and frozen vegetables, whole grains, legumes and beans, fruits, nuts, meats, seafood, herbs, spices, garlic, eggs, and milk can all fit into this category.

“Our results also show increasing unprocessed or minimally processed foods by only 50 grams a day, which is equivalent to half an apple, a serving of corn, or a bowl of bran cereal, and simultaneously decreasing ultra-processed foods by 50 grams a day, equivalent to a chocolate bar or a serving of fish sticks, is associated with 3% decreased risk of dementia,” said study author Huiping Li, of the Nutritional Epidemiology Institute of Tianjin Medical University in China, in a statement.

“It’s encouraging to know that small and manageable changes in diet may make a difference in a person’s risk of dementia,” Li said. The study could only establish an association, not causation, and additional studies are needed.

“Ultra-processed foods are meant to be convenient and tasty (but) these foods may also contain food additives or molecules from packaging or produced during heating, all of which have been shown in other studies to have negative effects on thinking and memory skills,” Li said.

Share. Facebook Twitter Pinterest LinkedIn Tumblr WhatsApp Email
Previous ArticleWhat is monkeypox, and how can you stay safe while it spreads?
Next Article Darius Campbell Danesh: Pop idol star was previously in a coma and car crash