It doesn’t take a lot of exercise to fight depression, study says 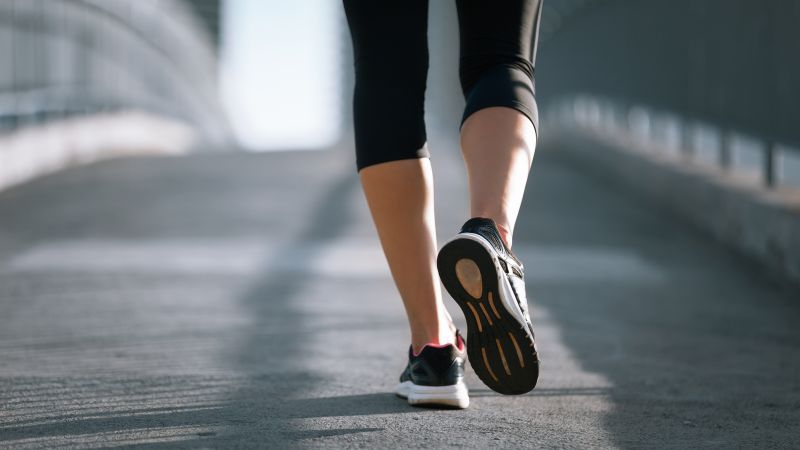 
Subscribe to CNN’s Fitness, But Better newsletter. Sign up for our newsletter series to ease into a healthy routine, backed by experts.

Get up and move – even small doses of physical activity, such as brisk walking, may substantially lower the risk of depression, according to a new data analysis.

“Most benefits are realized when moving from no activity to at least some,” the study authors wrote.

Recommended levels of exercise in the United States, according to the US Centers for Disease Control and Prevention, include aerobic activity at moderate levels (such as a brisk walk) for 2.5 hours a week, along with a workout of all major muscle groups twice a week.

Alternatively, a person can choose a vigorous aerobic exercise, such as running, for 1.25 hours each week, along with the same amount of strength training.

Moderate to vigorous exercise is good for us, according to the CDC. It improves sleep; lowers blood pressure; protects against heart disease, diabetes and cancer; reduces stress; boosts mood; and fights anxiety and depression.

But in today’s busy world, many people find it difficult to fit in a jog or a visit to the gym. Add depression to the mix, and the motivation for exercise drops even further, experts say.

The meta-analysis, published Wednesday in the journal JAMA Psychiatry, looked at 15 studies involving over 190,000 people to determine how much exercise was needed to reduce depression.

Adults who did activities equivalent to 1.25 hours of brisk walking per week had an 18% lower risk of depression compared with those who did not exercise, the study said.

Moving up to an “activity volume equivalent to 2.5 hours of brisk walking per week was associated with 25% lower risk of depression,” the study authors said.

The benefits were strongest when a person transitioned from being a couch potato to adding movement to the day, the study said. However, exercising over the recommended levels did not provide any additional benefits.

“Our findings therefore have important new implications for health practitioners making lifestyle recommendations, especially to inactive individuals who may perceive the current recommended target (of exercise) as unrealistic,” the authors wrote.

A study published in 2018 found similar results: People who exercised had about 43% fewer days of poor mental health.

“Even just walking just three times a week seems to give people better mental health than not exercising at all,” study author Adam Chekroud, an assistant adjunct professor of psychiatry at Yale University, told CNN at the time.

Exercising in 45-minute sessions three to five times a week was the most beneficial for improving mental health, the 2018 study found. However, even doing household chores reduced poor mental health days by about 10%, the study said.

A study published in 2020 found that even light exercise helped protect children against developing depression. The 2020 study revealed that 60 minutes of simple movement each day at age 12 was linked to an average 10% reduction in depression at age 18.

The types of movement included running, biking and walking, as well as activities like doing chores, painting or playing an instrument.